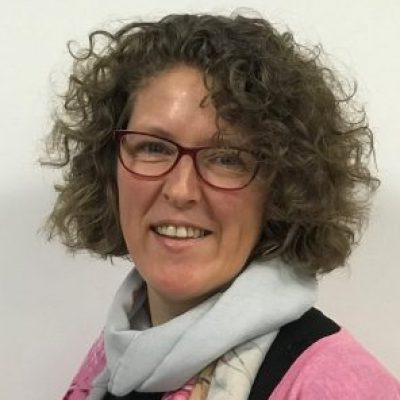 I started my career working for Mott MacDonald, an international multi-disciplinary engineering consultancy, and enjoyed a wonderful career including qualifying as a Chartered Civil Engineer. After my first maternity leave, I returned part-time and was relatively happy with my work life balance. After my second maternity leave, I returned to the same hours, but I felt very differently. The demands at home had increased significantly and I found the work offered to me less satisfying. To get more interesting work I needed to increase my hours. On top of this nearly all my salary was taken up by paying for a nursery I didn’t particularly like, so I made the decision to leave my job. It felt like a massive step and I didn’t think I would be able to return to this career – I had never seen anyone come back to the organisation from a long career break.

After four years at home (and a third child) I began work in a senior role at a further education college. Eventually, after five years, I had to leave this post due to ill health, and I think the stress of trying to juggle work and family probably contributed to that.

After a further five-year break, with my youngest child nearing the start of secondary school and my husband’s job becoming increasingly insecure I decided in early 2017 that the time was right to return to work. My confidence in my abilities was low and I thought I had little to offer prospective employers. Happily, I found the Women Returners website, signed up for the newsletter and read some of the articles. It gave me hope that employers were interested in people like me, and that other professional women had successfully returned to professional work.

A timely email from the Institution of Civil Engineers Benevolent Fund then arrived in my inbox, offering free career coaching to members who were out of work. The coaching helped me to where I am today. My coach asked searching and challenging questions which slowly changed my thinking and led me to jobs that matched my interests and skills. I had gone into the coaching process assuming my old career was closed to me, but gradually began to change my thinking and see that the role I had left at Mott MacDonald fitted the combination of technical, communication and professional factors I was looking for.

The first two jobs I applied for were not great experiences.  I heard nothing from the first one and was immediately rejected from the second. These knock backs did dent my confidence, but I persevered and things turned around. I secured three interviews at three different engineering consultancies all within one week: via an advertised vacancy, a contact who found out I was looking to return to work, and contacting my old manager at Mott MacDonald. The network of contacts I had neglected during my career break turned out to be dormant but not dead. From my three interviews I had two job offers both based on the part time working pattern I wanted, and both also offering other flexibility.

I chose to return to Mott MacDonald as a Principal Environmental Consultant, managing a programme of environmental surveys, hydraulic modelling and archaeology along part of the HS2 route. The culture at Mott MacDonald has changed a lot in the years I was away. Part time work is valued, and I have both male and female colleagues working part-time and/or flexibly. There is an emphasis on inclusion and Mott MacDonald has just launched a pilot returners programme with Women Returners.

I’ve now been back at work almost a year.  My confidence is sky high.  I have had a steep learning curve with some things, but in other respects my skills were just waiting for me to use them again. And in areas such as people management and project management I think my skills have improved, both from “managing” my family and through voluntary roles I undertook during my career break. I have received excellent feedback on my performance from colleagues and clients and was honoured to be included in the Timewise Power 50 list as a Power Returner. I am working on interesting and challenging projects.  I love my job and it gives me great satisfaction, but working part time still gives me the time I want with my family. My colleagues are great and I have loved returning to the world of grown-ups where I am appreciated for me, rather than as someone’s mum.