Sara’s Story: Returning to Tech and Operations at Capgemini 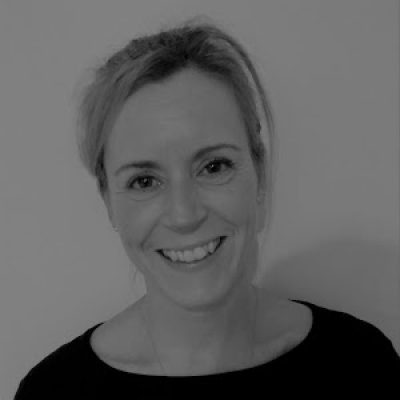 A lot can happen in a year. A year ago, my day revolved around school runs, play dates and generally organising three kids, a husband and a dog. Today I have another dimension in my life…work (in a paid form)! I work with talented people who plan, implement and architect technical solutions and I’m part of that team.

I had been a full-time stay at home Mum since my eldest was born, 13 years ago. Life was chaotic, busy but fulfilling and I certainly have never regretted staying at home. As the kids have grown older and my youngest started school, I began to have more time on my hands and began to think about returning to work. Given that all the stuff I do as a full-time Mum still needed to be done and a husband who has a hectic work schedule himself, my primary need was for a role where I could have flexibility to work around my family commitments. I knew I had value to give but not sure of where or how to apply it.

What to do? BK (Before Kids) I graduated with a BSc in Computing and pursued a career as a software developer (primarily Java for those that are techie minded). My career history was all very techie. Within tech, I’d not really seen any evidence of flexible working or heard of anyone returning after a career break. Technology changes and development had moved at such a rapid pace I knew I was totally out of date skill wise. This was reinforced when I searched the job sites. There were lots of jobs needing software developers (me BK) but all needing framework or methodologies x and y (this is where I fell short), technology had evolved into cookbooks and camels!

Then along comes the Capgemini returners programme, focusing on recruiting women with tech backgrounds back into the workplace after a career break. I heard about the scheme via Women Returners; there was no harm in applying. First step was creating a CV. I think it’s a hard task at the best of times but when there is a large gap to fill and career milestones are ten plus years ago it felt a huge task in putting something together. My only reference to development since leaving work was in teaching coding to 10-11-year olds. I had become a STEM ambassador enabling me to set up code clubs in schools as a volunteer and help teach coding to children. In terms of relevant experience, that was as far as it went.

It came as a bit of a shock when Capgemini asked me for an interview. Self-doubt had set in and my years out of the workplace had left me questioning my ability to do the job that I used to confidently do. From my first contact with HR, I got the loveliest response. Whether I ended up at Capgemini or not, I was impressed with them being able to recognize that taking time out to raise a family has a value and gives a whole new set of skills and experiences that are transferable to the workplace.

The interviews were tougher than I expected. It felt like something out of The Apprentice, hopping from one interviewer to another. Questions were asked from a standard corporate list; ‘A challenge that hasn’t worked out for you in your last role?’. With advice to not be afraid to use experience from my career break, I duly explained how my recently acquired bathroom tiling skills had gone array. Of course, many of the questions were about my last role and I really enjoyed these ones. I realised that I hadn’t forgotten everything I knew, and I had done some quite impressive things in my career.

I left the interview thinking that Capgemini was an amazing company with what they were doing. I’d gone in thinking that the whole process would be good experience and whether I was offered a position or not I’d be happy to have had the experience. I underestimated how much I enjoyed getting back out into work environment, being part of a team and problem solving talking about technology. As I awaited feedback I realised I’d be disappointed to not go any further. I must have done enough as I was then asked to come back a week later for a coding test, eekk!!

I was given a heads up on what I was going to do: sit with a fellow coder and solve a simple problem. However, I hadn’t written any code for 10 years plus, another ‘eekk’ moment! I spent days before the interview writing/testing and learning. As it was, the reviewer who sat with me during the test was lovely. I definitely didn’t blow her away with my coding skills, but I think I did enough to show the thought process was there if a little rusty.

Within a couple of days, I had heard from Capgemini that they would like to offer me something…yippee! There were a few bumps along the way from being accepted for the returner programme to finally being made an offer. The returner programme was a new initiative and as I was one of the first. It took a few months to get me up and running under the programme, but I finally started on October 2017.

Induction day or ‘Be Inspired’ as I now know it, is learning the Capgemini principles and… being inspired. There were 40 new joiners on my induction, all at various levels and different divisions. I was the only returner (although interestingly there were a couple of people returning to Capgemini, a good sign!). During introductions, I was careful not to let slip just how long my career break was (I was worried that it could be perceived negatively) and focused on asking questions of others. Fighting my initial instinct to ask about their children, I tried to focus on the technology.

Met with my line manager who was very supportive and positive. The plan is to get Java 8 certified. Perfectly reasonable, however it feels like a huge mountain to climb given that Fizz Buzz (reference for coders) is the most code I’ve written in 10 years! On my route home I order Oracle Java Programmers guide…can’t be that hard can it?

Had my first coaching session as part of the returners programme run by Women Returners. I wasn’t sure what to expect. Prior to the coaching I had completed a skills/strength finder. Always been a sceptic of these but was surprised by how closely I thought some of the skills aligned. Reassuringly they did reinforce what I consider my strengths: analytical problem solving and a conflict resolver… I might be in the right job!

One thing I hadn’t given much thought on was my introduction to people. My coach recommended I give some consideration to how I introduce myself and importantly that I shouldn’t start with “I’m returning after a career break”. More “I have x years’ experience, took an extended career break and now I’m at Capgemini as …”. Also, for me to consider is my personal brand…and I’m working on that!

OK, so the technical stuff I expect to be hard with the challenges of catching up. Ironically what is feeling just as challenging is the office place itself. Slack/Confluence/Skype/Pinging, technology in the workplace had been much more widely embraced. If I need to know anything: communicate on Slack and check Confluence!

Hot-desking. My last role I had a desk with a phone and a PC. I sat at the same desk every day. Not so today, I have had to learn the hot-desking system! With the drive to work from home it can feel quite isolating with so many co-workers remote working or on client site. It can feel hard to integrate into a team.

Acronyms: everything is an acronym. After some searching, I now understand that I am part of the OSCE team within AD&I under CBS and hope will be placed in the AIE (I’ll let you try and guess what all that is)!

I’m ploughing my way through learning Java again with the aim of getting OCA Java 8 certification in the next couple of months. It’s a tricky little exam, designed to make you fail. I’m based mainly from home as most of my day is studying.

I was lucky enough to be put forward for the woman in tech conference #WeAreTechWomen. I wasn’t really sure quite what to expect with this. There are not enough woman in technology so I’m interested in how we can encourage young girls and women and show them that there is a rewarding career in tech to be had. Lots of inspirational guest speakers shared their stories. A common thread seemed to be that they have all at some stage felt they have had to work harder or shout louder to be seen/heard. In a Q&A session a lady in the audience explained how she was unable to get back into tech after having a career break, she was struggling to find companies that were interested in her. It made me feel proud to be part of Capgemini that they were supporting woman returning after a career break.

I’m often asked by those around me ‘How’s work going?’. I really don’t feel as though I have started working properly. Much of my time I have been working at home studying for my OCA exam, which I finally passed after an intensive couple of months.

In the six months since I’ve started, I’ve spent time in the AIE (Applied Innovation Exchange) working on proof of concepts, been on numerous training courses and am now shadowing an integration architect on a client project. Every day I’m learning new technologies and ways of working. I’m growing in confidence and my technical knowledge has grown immeasurably. Tackling my knowledge gap will be ongoing; it’s hard to catch-up and keep up with everything. I hope that I am showing more of what I can do, rather than what I can’t. As for the future, I hope to continue my journey at Capgemini.

Most importantly for me, I’ve learnt that I can go back to work, and my family won’t fall apart. My children can survive. The much talked about work-life balance can exist (though it takes a bit of effort). Flexibility is there in the workplace, I work a four-day week. I can still make the important dates – school performances, teacher meetings – and I can get home early enough to be there. Yes, the house is a little messier than it used to be and that’s OK.

From a job perspective, I’ve learnt that I can still do tech. It has been a big challenge to go back to learning. Software development has changed immeasurably, but the problem-solving mindset remains the same and it is this ability to problem solve that makes a software engineer.

I’m excited by technology and feel very fortunate that Capgemini have envisioned a place for women returners. The outlook is really promising. With continued emphasis on diversity and inclusion, and with returnships evolving and adapting, the future for woman returning to work looks really promising.

My advice to anyone thinking of returning is: go for it! You know more than you think you do and the maturity and diversity that you bring to a team is immeasurable in adding to its success.