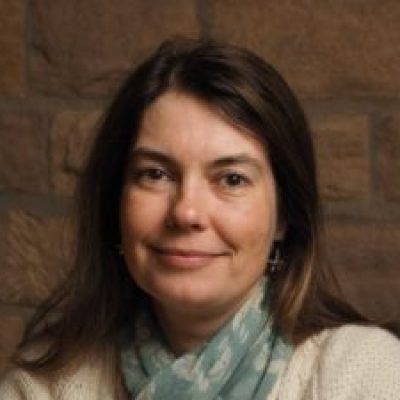 I started medical school in 1987. I went to St Andrew’s University for the pre-clinical course and did a BMedSci (Hons), then successfully applied to Trinity College, Cambridge, for my clinical years, graduating in 1994. I did my house jobs in Addenbrookes and Huntingdon, then did a medical SHO post, before becoming an SHO in histopathology in Nottingham in 1995, progressing to lecturer/honorary registrar.

In 1998 I took a sabbatical to do a postgraduate diploma in law, as I was contemplating a career as a coroner. During this year, I became pregnant and had my first baby in 1999.Although I did finish the law degree, I then decided I wanted to stay at home and I had another child in 2002. Although I continued paying my GMC fee, and stayed registered, I really stopped thinking of myself as a doctor.

In 2011 my husband decided he wanted to set up his own company, which also meant he was at home on some days, which he never had been before. So, after 12 years at home, I felt the time was right for me to return to work. I had already contemplated being a classroom assistant after helping in school whilst not working (not for me) and re-training in nutrition (expensive course). Then one day, it occurred to me I was still a registered doctor…
So, I picked up the phone, and asked the Royal College of Pathologists if I could come back?
The answer was yes – but they didn’t know how.

After many rounds of phone calls to various people in histopathology (all encouraging) it became clear that to retrain, I needed “foundation competences”, which I’d never even heard of. This required returning to a junior acute medical post. However, I couldn’t apply to the formal foundation programme as I had too much experience. So, as this issue appeared insoluble, I applied for a part-time locum post in histopathology, and, much to my surprise, got it.

I commuted to London, from Derbyshire, for a year. The post was well supported but returning was very scary. I was convinced I had a giant beacon on my head which said: “I am old and weird.” But it got better, and I started to really enjoy the feeling of confidence I got from returning and doing something as me, not as mum. But I still couldn’t apply to the histopathology training programme, although I explored every way to overcome the foundation competences issue.

Finally, seeing no other way, I applied for a locum post on a foundation programme rotation, as a 50% job share. I revised clinical knowledge hard and made sure I was up to date on acute scenarios by completing Intermediate and Advanced Life Support. I was well supported in my initial placement, but it was a very hard year. However, I did feel competence and confidence return, with, to be honest, improved empathy and kindness from the life experience I had gained on my years out.

I then successfully reapplied to the histopathology training programme. I stayed working part-time and am now a specialty registrar in paediatric and perinatal pathology.

The things I found most helpful when I was returning to work were:
– lots of revision, so that I felt I knew something
– updating my skills to make me safe
– my hairdresser, so I felt I didn’t look quite so mumsy
– being myself and confident about why I had taken time out
I would have liked, but didn’t get:
– a peer group for support
– a good IT induction and reskilling
– a more formal, structured  revision course
– easier access to information
Dr Rachel Rummery, B Med.Sci(Hons), MB, ChB (Cantab), DipRCPath, PGDL.
Health Education England National Fellow, Supported Return to Training
Specialist Registrar, Paediatric and Perinatal Pathology