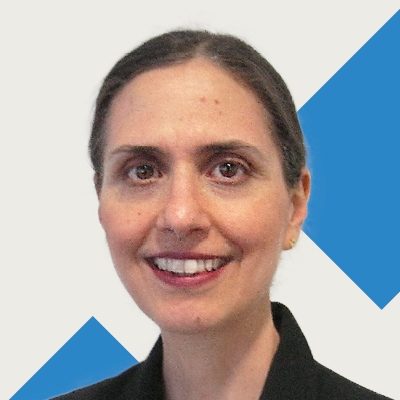 I am a British/Lebanese dual national and I was educated in a French school. After completing my BEng in civil engineering in Beirut I took an MSc in transport in the UK before joining JMP Consultants in London as a transport planner. I worked on a variety of transport projects such as bus priority, parking, the DLR as well as freight calculations and carrying out an environmental impact assessment for the Channel Tunnel.

I gave up my career when my future husband, a British diplomat, was posted abroad. I joined him in Syria and our son was born two years later. After Damascus, the FCO sent us to Santiago in Chile, where I achieved a long-standing ambition to learn Spanish. By the time we returned to London I had been away from full-time work for more than six years, although I did perform short term consultancies for UNDP and UNICEF in Syria and obtained a Diploma in economic principles by correspondence.

It was daunting looking for a new job, and besides, there seemed little point in doing so as we were expected to go abroad again within three years. The longer I delayed going back to work, the bigger the apparent barriers seemed to be. Foremost among these was a lack of confidence that I could obtain a suitable job. I kept my mind agile playing competitive bridge, practised my languages and made regular visits to Lebanon. I also had an opportunity to do a consulting contract with a Lebanese company designing a multi-criteria analysis model for prioritising road schemes in a Middle Eastern country, which made me realise that I had not forgotten my transport engineering.

In the summer of 2018, with our son now at university, and with my husband’s encouragement, I decided to go back to work full time. The problem was, how? I was out of touch with most of my network and the world of transport planning had moved on. I actively considered retraining as a secondary school teacher in maths or physics, given the demand for STEM teachers, but my dream was to work in transport. It was at this point that I fortuitously discovered the Re:Connectors Programme on the Women Returners’ website. I knew about Mott MacDonald’s strong reputation as a transport engineering company and I was attracted by the company’s emphasis on inclusion and the international nature of the work. Meanwhile, I managed to contact my former line manager who kindly provided a reference. I applied for the scheme and was invited for an initial interview in Croydon one August morning. This was followed by a second interview with my prospective line manager, after which I was offered a six-month “returnship” in Mott MacDonald’s transport advisory.

My six months began with a valuable coaching session from Women Returners, designed to help me and my four fellow “Reconnectors” ease ourselves back into work. In Mott MacDonald, I experienced a combination of learning on the job and formal training modules. Women Returners provided further insightful coaching sessions up to the end of the six-month programme.

The work challenged me at first because it has been about marketing, business development and project management rather than the technical field of transport planning to which I am accustomed. Although, these are valuable skills which enabled me to obtain a good grasp of the transport advisory business and helped me to network within the company. My colleagues and line manager were very supportive, and I soon felt at home in the working environment. I also benefited from the advice and encouragement of my fellow reconnectors, who were happy to share their experiences.

On completion of the six months, I was delighted to receive an offer of permanent employment at Mott MacDonald.

In the spring of 2018, it seemed improbable that I could return to work for an engineering company after such a long career break. I can hardly believe how much my life has changed since then. I am very grateful to Mott MacDonald and Women Returners for turning an implausible dream into reality.