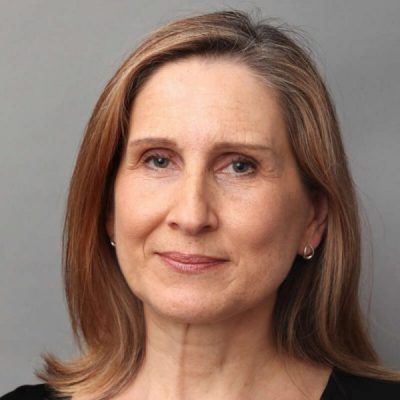 I qualified as an architect in the early nineties and started working in practice in London. Then, when my husband was relocated to New York in 1998, I went with him and found work there myself, firstly as an architect and then in the wider construction industry. On the news that I was expecting twins in 2004 we decided to move back to London and they were born just after we arrived back later that year. The first three or so years passed in a blur and then slowly, as they progressed to school and I had more time on my hands, my mind turned to what I was going to do next.

The thought of returning to practice, where hours are long and workload unpredictable, seemed impossible now that I had a whole new life at home that had not existed before. Working late and on weekends had never been a problem before children but now with the school day ending at 3:15 it seemed, in my mind at least, impossible to make it work. So I gloomily resigned myself to fact that I would never work again in my profession and busied myself with local voluntary work at the Macular Society and the Foodbank, and learning to code in HTML and CSS (producing a website from scratch for an architect friend). I also kept up to date with the architectural world too, reading the architectural press online.

Then one day in 2014, a full 10 years after leaving my job in New York, I spotted a job ad in Building Design (the weekly newspaper for architects that I had kept on reading) for a 3 day a week role as quality assurance manager for an architectural recruitment agency. The job description said that the role would suit someone with an architectural background who would like to do something different with their training. I was intrigued and immediately emailed my CV and a covering letter, explaining exactly my situation and that I had been out of the workplace for 10 years, fully expecting it to disappear into the ether. However, much to my immense surprise, later that day when school home time was in full flow, I received a phone call from the operations director of the company saying they had been waiting for a CV like mine for months!

An interview was arranged and, nerves notwithstanding, it turned out to be a really lovely chat. They were open to my doing the hours of 3 days a week in any combination to suit me so that I could continue to drop off and pick up my children from school every day. We agreed on 10:00 to 2:00 Monday – Thursday and all day from home on a Friday to make up the difference. During holidays I condensed the hours back to 3 whole days, 1 from home, which made childcare between my husband and I so much easier to organise.

The role restored my confidence and general zest for life no end, the balance was perfect. As the agency hired its recruiters from industry I found myself surrounded by architects once again, which I loved. Also by dealing with practices in London, a few of which I had either worked for or had acquaintances in, I was able to slot back into the architectural community. I was also fortunate enough to be given free rein to make of the role what I wanted and so I took an analytical approach to the KPIs produced each week and used these to analyse the performance recruiters, making recommendations on where improvements in focus could be made.

Nearly 2 years into my time at the recruitment company, I re-connected with an old colleague from architectural practice who had since gone on to establish his own practice and was Director alongside another. I mentioned I was back at work, albeit it part-time and not in practice. He asked if I would like to join them and run their practice as Practice Manager, remembering that I was particularly organised and capable when we had worked together some years earlier. I was thrilled at the opportunity to return to the architectural profession in a management role and so jumped at the chance.

I started there in early 2016, part-time, first on 3 days a week increasing to 4, and spent a very enjoyable and productive 3 plus years there overhauling most of their systems including financial reporting, IT infrastructure and other practice matters before deciding that I needed a new challenge. At this point, my children (twins) were around 15 years old and so a lot more independent than when I first returned to work and so I decided that my new role could be full-time.

I then moved to my current practice, Morris+Company, in mid 2019 as Practice Manager, and was just settling in as COVID struck in early 2020. This led to an intense period of navigating through an extraordinary time (as we all know) of uncertainty in all aspects of business from financial planning to staff management in a remote working situation and everything in between! We weathered the storm and at the end of 2020 I was promoted to Director.

I was delighted to accept and hope that my new role and position within the industry might allow me to influence other practices and the RIBA to assist returners to the profession.