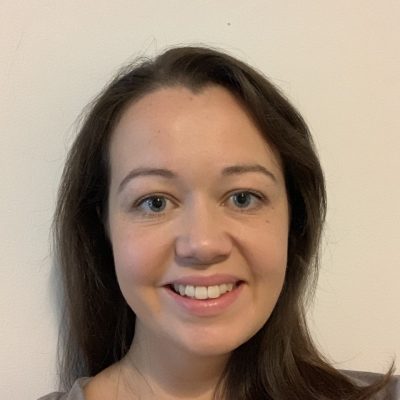 I started my career working in Technology for an Investment bank, as a Software Developer, where I worked for four years. I then moved into the Healthcare industry working again as a Software Developer for a year until I discovered I was pregnant with my second child. After assessing childcare costs and due to a lack of family support being available, we decided to move our growing family to Cyprus where I took a career break for two and a half years.

I found the career break busy and rewarding looking after my children and it was much easier to focus just on the kids rather than juggling family life alongside work, however as my daughter grew older and more independent I felt like I was being needed less and less.

At the beginning of 2020 I decided to start applying to jobs, with the aim to move back to the UK. I brushed up on my existing skill set and took some courses on new technologies I had missed out on. I called some recruiters I had worked with before and found no issue getting interviews. When it came to the interviews however, they were tailored for those without a career break and who had recent experience, meaning I felt at a disadvantage, which really affected my confidence. During a particularly gruelling and slightly embarrassing interview, with a live coding exercise accompanied by the sounds of my husband struggling to keep the kids quiet in the next room, I gave up on my search entirely, which is unlike me as I am not one to give up easily!

The next morning however, determined to get back into my career, I began searching for alternatives and came across Women Returners and the programme offered by dunnhumby. I attended the Launch Event and found it so refreshing, hearing that the programme was tailored for people who have had a career break and how the whole process supported the return-to-work, from the initial launch programme, right down to the interviews themselves. The interview process was friendly and supportive and not once did I feel that my career break made me ill-equipped to answer the questions. When I received my offer for the returnship programme I was so excited to join the company and start a new chapter of my life.

On the first day I had a host of new joiner meetings and information about the programme. On top of that I had my very first coaching session with Women Returners. Just this one day made me feel confident and excited to join my new team. On my first day on the team I was given a list of goals, a whole host of training courses, and a list of people to network with in the department. I was supported getting up to speed with the project and during my first piece of work was given constructive feedback which meant I was constantly learning. I had frequent sessions with my manager to discuss how I was doing and areas to improve on.

As with any worthwhile journey, this one was not smooth and easy. I felt the more I learnt the more I had to change how I worked and approached work. It was tough and rigorous because I was constantly given opportunities for improvement. There were times I felt like I just couldn’t do it, however with the support from Women Returners and my team they pushed me through and each moment of doubt was always followed by an extra surge of motivation. When I was offered a permanent role at the end of the 5 month returnship I was ecstatic and just so grateful for all the support I received.

My advice for anyone thinking of returning to work would be, brush up on existing skills, learn new ones, treat any interview as a learning opportunity regardless of whether you get an offer, and don’t give up!