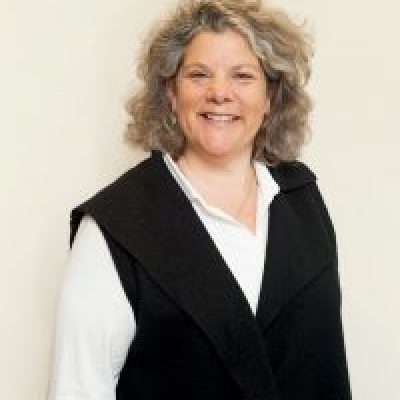 I qualified as a solicitor in 1989 having done articles with a small West End firm heavily involved in the entertainment sector.  I stayed after articles to work as assistant to the Senior Partner, working mainly for theatrical clients.  In 1992, I went to work in-house for Sky in the Legal and Business Affairs team.  Sky grew and changed enormously during my time, and provided an incredible range of work and breadth of experience.

For family reasons in 2001 I went part time and subsequently moved to working mostly from home – my husband had moved to work abroad and with a young son, I needed an adjustment to allow me to continue to work for Sky.  I did however feel that I was losing touch with the overall business, and so in 2005, I resigned.

Between 2005 and 2011, I set up and ran our family business offering self-catering holiday accommodation on the Isle of Wight, converted other properties and managed their letting, did some broadcast consultancy work, and did a variety of things as a volunteer, particularly using my legal experience helping local charities.   In 2011, I took on the part time role as Isle of Wight Director for the Country Land and Business Association.  Whilst very different to my previous legal work, it was a good opportunity to get involved in an entirely new sector and deal with the wide range of issues that affected farmers, landowners and rural businesses.

I knew, however, that I wanted to return to a more challenging role, and the time seemed right when my son left school in 2016.  I had found the Women Returners network (WRN) a couple of years before, and had kept an eye on the range of opportunities that were offered via the website.

I had assumed that I would have major difficulty coming back to work as a solicitor after such a long break, so had considered looking at other options where my legal experience would stand me in good stead – but I realised that working as a commercial solicitor was what I had both enjoyed and been good at, and so that was what I would prefer to do.   Because we live on the Isle of Wight, the next decision was whether I wanted to look at a long daily commute to the mainland or be away from home during the week.

That decision was made easier when I saw on the WRN an advertisement looking for a commercial solicitor at Clark Holt in Swindon in late August.   Seeing the job advertised by WRN did give me confidence to apply, knowing that the firm was open to consider someone with a career gap.   I applied, was interviewed and offered the job at the end of September – and started on 1st November, having found somewhere to live locally and moved in, making it a very busy three months!

Because I had been working, albeit not as a solicitor, my return to work journey will, I suspect, have been different to that of others.  My main challenge has been to make sure that I am back up to speed with the area of law in which I am working, and the change in the relevant industries during my time away.    The opportunity of return to work training from Women Returners has been helpful.

Having completed my first month, I am delighted that I took the plunge and applied for this job; I am very much enjoying the personal challenge of being back.  The experience that I have, both from my many years working as a solicitor, and from the varied things that I did during my career break, served to make me more useful, I am told by my employer.  The temptation I suspect is for us to think that we have become less able and less valuable – and the important lesson that I have learnt is that that is not the case, and our past experience must not be undervalued.