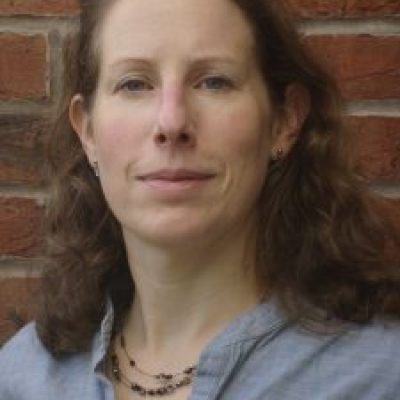 I have spent all my working life in the construction industry, starting with an apprenticeship as a traditional carpenter in my native Germany. After a few years, I decided to further my career and studied for a BSc in Civil Engineering in England. After graduating, I worked for a national contractor as a site engineer, constructing bridges for the M6 Toll. Different site projects followed within the water and transport sectors. I worked my way up to senior engineer, becoming involved with subcontractor supervision, quality management and some design coordination. I passed my professional review during this time and am now an incorporated civil engineer.

I then had a nine-year career break to bring up my two young children. During my break, I joined the local branch of the Institution of Civil Engineers. This enabled me to keep a connection with the industry and to continue networking.

I started looking into returning to work when my younger child started school. I found very quickly that jobs that were local and part-time were few and far between, even outside the construction industry. I thought about retraining, but felt that I would like to return to a role where I could utilise my previous training and experience.

One problem I encountered was how to approach the opportunity for flexible/ part-time working when this might not have been part of the original job description.

The Returners Programme offered by Balfour Beatty was the first role I saw which ticked the boxes of a technical role, as well as being part-time. The company was open to discussions around flexible and part-time working, which really helped with my transition back into work.

I have found Balfour Beatty to be very flexible. I am based in the office now, which enables me to work more flexibly than my previous site-based roles. I can access my work from home, so if I need to, I can catch-up on work, or work around meetings away from the office. I think recent developments in technology have helped with these changes. The team I work in have also been very supportive in helping me adjust and learn more about my new role.

The Returners Programme was supported by coaching sessions delivered by Women Returners. This gave me the chance to get to know my fellow returners, and we continue to keep in touch, which is a great support.

During the coaching sessions, we were given really good advice on how to overcome challenges during our first days and weeks. We also had the chance to think about potential stumbling blocks and came away with some great tools, like how to use LinkedIn effectively to network.

I am happy to be back at work in a role that utilises my training and experience; developing my skills within design coordination and management. Compared to before my career break, my life feels more balanced, which makes it worthwhile. Sometimes my role can be stressful, but, overall, things have been working out really well so far.

My advice for other women returning to work? I found that doing some construction-related volunteering gave me something relevant to include on my CV. This also helped me to keep up to speed with developments in the industry. I found a lot of help online, like the Women Returners CV writing webinars, which are often available at no cost.