How to reduce your risk to an employer 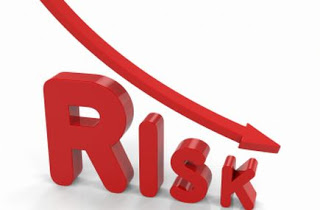 What can I do if my sector doesn’t offer returnships?

Returnships sound great but there aren’t any in my city/country. What can I do instead?
It’s so competitive to get on a returnship programme. Are there any alternatives?

We’re proud to have spearheaded the development of returnships in the UK and to know that so many women have already found their way back to corporate roles through this route. As yet this pathway is only available to relatively small numbers in certain sectors & geographies, however the learnings can be applied for all of you wanting to resume your previous careers.

A core part of the business case for returnships is that organisations can increase their gender/age diversity while managing the perceived risk of bringing in someone who has taken a career break. We’re well aware of the unconscious bias against people without recent experience. It’s this risk factor which is often the reason why you don’t get through the initial CV screen for a job you’d previously have walked into, or why you make it through the early interview rounds but get pipped at the post once again by someone with current experience.

Returnships reduce the risk for the hiring manager by building in a trial period where the organisation gets to know you and what you can do, so it’s easier for them to decide if and where you’ll fit in the business. And the process is working: in the vast majority of UK returner programmes, 50-90% of participants have been taken on into ongoing roles (& don’t forget that some of the returners who don’t stay on have made the decision not to, as it’s not the right time or fit for them).

So how can you get a foot in the door if a returnship isn’t open to you? Think risk-reduction…


Two ways to reduce your risk to employers

1. Temporary roles
Use fixed-term contracts, maternity covers and projects as a stepping stone into an organisation you’d like to work for. You may find these through your ex-employer or ex-colleagues, through network contacts or possibly through agencies and job boards. Companies find these positions much harder to fill, as high-calibre employed people are reluctant to move for a temp role. Once you’re in, as with a returnship, you need to make sure that you network effectively within the organisation as well as doing a great job in your role. Then at the end of the contract, if you’re not offered a permanent position in your team, you’re more likely to find something elsewhere in the business. And even if there aren’t any opportunities to stay on, you’ll been seen as a lower risk option for a future employer as you can show recent experience on your CV.

2. Trial period
If you’re applying directly for a permanent role and are sensing that the hiring manager is seeing your CV gap as an insurmountable barrier, suggest a trial period, either doing the role initially on a contract basis or taking on a specific project. Once you have the chance to show your skills and you’re a known quantity, the risk factor rapidly diminishes and you’re in a strong position to be taken on as a permanent employee.

Further Reading
The ‘CV gap’ barrier: Evidence it exists & how to get over it
Victoria’s story of starting back on a maternity cover.