There has been a lot of comment in recent months by senior women on how they balance a high pressure, big-responsibility role with the rest of their life.  It is a common, often internal debate, which professional women experience whether they are already working or thinking about returning.  Julianne posted about this previously and I’d like to add my own perspective.
Sheryl Sandberg’s new book, exhorting women to Lean In to their careers, has currently reignited this debate following Anne-Marie Slaughter’s contribution last summer (see links below).  Both Sandberg, COO of Facebook, and her counterpart at Yahoo, Melissa Mayer, profess to be able to have both a high profile career as well as a satisfying personal life. Sandberg’s book sets out what women need to do to follow her path.  She believes that women need to have more confidence to put themselves forward and push ahead with their careers.  She is also refreshingly candid about her own experiences and times of self-doubt.  Her response to her self-doubt seems to be to push herself even harder and achieve even more.  In the opposing camp are Erin Callan, former CFO of Lehman Brothers, and Anne-Marie Slaughter, Princeton professor and former first female Director of Policy Planning for Obama, who found that a high profile career did not suit the rest of the life they wished to lead.  It is of note that all these examples come from the USA, where perhaps there are more women in senior roles than here in the UK.
In any event, how is this debate relevant to women wishing to return after a career break who have nothing, as yet, to lean in to?  Returners can often believe that it will not be possible to combine their career with their other interests.   In my view, the question underlying the debate is how we define our success.  For women like Sandberg and Meyer, their sense of success is defined precisely as combining being a leader of a major international business and an influencer in their industry with being a wife and mother.  Callan and Slaughter, on the other hand, discovered that no amount of power, income and position compensated for the lack of balance they experienced in their lives.
For women thinking about returning to work, it is essential to be clear about how you will define your success.  Will it be getting back, as quickly as possible, to the senior level you previously occupied?  Will it be creating a portfolio of diverse activities?  Will it be working for certain defined periods of time?  Will it be turning a hobby or passion into a business?   The options are limitless while the choice of how to define your success is totally up to you: it is not for your peers, your social circle or your family to define success for you.  Getting the right the balance – for you – between work and the rest of your life is likely to be more important than your title or status.  Gaining a sense of control over your future career is a key factor in how satisfying you will find it.
For further reading:
Anne-Marie Slaughter
http://www.theatlantic.com/magazine/archive/2012/07/why-women-still-cant-have-it-all/309020/#
Erin Callan
http://www.nytimes.com/2013/03/10/opinion/sunday/is-there-life-after-work.html?ref=opinion&_r=3&

Do you think that all the possible flexible jobs are low paid and menial?  Do you believe that the kind of role you’d be interested in cannot be done part time?  You might want to think again.  There are more and more examples of senior and professional women who have found – and often created – satisfying, stimulating and, yet, flexible positions.
Take Julie, a City litigation lawyer who left her role during IVF treatment.  After being away from the office for 8 years, she offered to return as an adviser to her firm’s trainees.  The role did not exist but the firm thought it was such a good idea that they expanded Julie’s original proposal.  She has been working 2.5 days per week (including half a day at home) for 8 years and has continued to develop her role according to further needs that she has identified.
Or consider Dalla, a taxation lawyer in the City who negotiated 4 days per week term-time only working when she returned to work, in a new firm. Or the A&E consultant at King’s College Hospital, featured in Channel 4’s series 24 hours in A & E, who currently works one day per week.
But it is not only doctors and lawyers who have this luxury!  A recent publication of the Power Part Time Top 50 highlighted CEO’s, CFO’s and many other senior people who are successfully operating on 2-4 days per week.  This list was compiled by TimeWise, an employment agency which specialises in senior part-time roles.  The founder of TimeWise, Karen Mattison MBE, who herself works flexibly, suggests that the weak economic environment is encouraging more organisations to consider part-time roles as a way to be able to afford someone first rate who is unwilling or unable to work full-time.
There are also enlightened companies, such as Proctor & Gamble, which see their family friendly policies as a key feature in attracting talent.  All P&G employees are eligible to apply for flexible working and in May 2011, 11% of its UK workforce worked a formalised reduced work schedule. 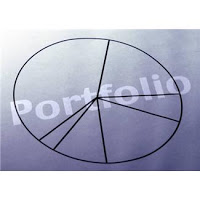 Some women find a way to work flexibly by creating a portfolio of different roles.  Penny Hughes, formerly President of Coca-Cola in the UK and Ireland who left her role when she became pregnant, has spent the last twenty years accumulating a series of board positions with companies such as RBS, Morrison and Cable & Wireless.  She works on average 2-3 days per week.  Similarly, Elizabeth* who built a career in investment banking over 25 years, is sharing her expertise in a variety of non-Executive board roles.
Other ways of finding flexibility in your working life include becoming self-employed (my choice), taking interim or project-based roles or starting your own business.  The reality is that you have many ways to find a flexible role: you might just need to find or create it yourself, rather than waiting for it to be advertised.
Posted by Katerina