The value of older women to the workforce 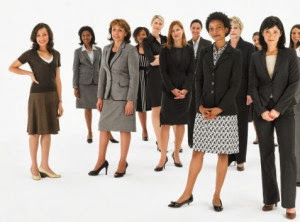 Many returners believe
that being older makes them less appealing to employers.  Geraldine Bedell, former editor of Gransnet,
co-founder of The Family Innovation zone and author of Mothers of Innovation outlines
government data and other research which firmly rebuts this view and provides
encouragement and insight for returners.

Lives are getting longer: we all know that. What is less
often acknowledged is that the extra years haven’t all been tacked on at the end.
They’ve gone into the middle. Many of us are contemplating lives that look
vastly different from those of our mothers, let alone our grandmothers;
anticipating a phase of life after child rearing that is healthy, mentally
competent, energetic and prolonged.
Women returners understand this from the inside: we know we
have skills, energy, judgement and competence that make us useful to the world
of employment. It’s fair to say, though, that employers have taken a long time
to realise this. Even as changing demographics open up possibilities for different
life stages, we still assume that key career progress has to be made at the
very time we are most preoccupied with small children.
Things are changing. Clever businesses have long understood
that diversity is the key to successful teams. It may have taken them a while
to realise that diversity includes age but they are doing so now, and for good business
reasons: it has been estimated that there will be 13.5m job vacancies in the UK
in the next 10 years but only 7m young people will be leaving school and
college.
Beyond the need to fill desks, many of the myths about older
workers are now known to be unfounded. A recent guide from the Department of
Work and Pensions* insists that older workers:
It’s understandable that women who have been on a career
break assume that technology and ways of doing things have moved on. That may
be true – but management of technology and of colleagues is a skill, and the
point about skills is that they can be learnt, often remarkably quickly. There
is no reason to suppose a woman returner is going to be much slower picking up ways
of doing things than someone transferring from another company.
What older women do bring – as enlightened employers are
increasingly acknowledging – is a lifetime of skills, experience and wisdom.
Increasingly, brain research is showing that what we have traditionally called
wisdom is a demonstrable function of the older brain. As Barbara Strauch observes
in her book The Secret Life of the Grown-Up Brain, we have ‘an increased
capacity, as we age, to recognise patterns and anticipate situations, to
predict a likely future, and to act appropriately.’
The DWP* also reports that organisations with an
intergenerational workforce find that there are benefits for both older and
younger staff, including opportunities for mentoring and an exchange of skills.
The recent appointment of Ros Altmann as the government’s champion for older
workers should help; and the demographics are in our favour. But the most
important thing is that older women returners bring masses of experience,
skill, discernment and sophistication. As Eleanor Roosevelt said: ‘A mature person
is one who doesn’t

think only in absolutes, who is able to be objective even
when deeply stirred emotionally, who has learned that there is both good and
bad in all people and all things.’ Lots of reasons to be confident, then,
because that’s a pretty valuable set of attributes.