The Confidence Gap – and how too address it 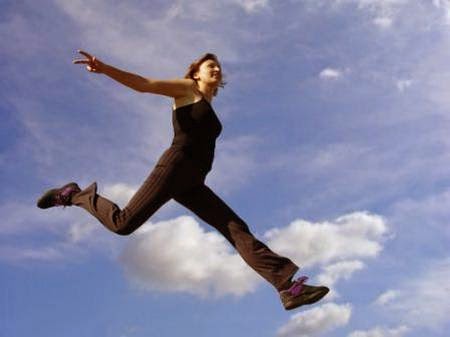 The book The Confidence Code, by two US journalists, highlights a phenomenon that many of us know from our own experience – in general, women tend to be less confident than men.  Although the book is written from the perspective of working women, it has useful insights and ideas for women returning to work after a break, when our confidence is often at a low point.

The authors have gathered together and reviewed the research into this topic. Highlights include:

There are many explanations for the disparity in confidence levels – the confidence ‘gap’.  As you would expect, they include genetic makeup (brain differences as well as hormones), upbringing (for example, what is termed ‘bossiness’ in a young girl will be described as ‘leadership’ in a young boy) and cultural factors in societies and organisations.

So women are, once again, at fault for their lack of progress?

Commentators including Amanda Duberman at the Huffington Post have objected that the idea of the confidence gap is – once again – putting the blame on women for their apparent lack of progress in the workplace.  The objectors suggest that inequality is caused by workplace sexism, not women themselves.  This is a similar argument to that levelled at Sheryl Sandberg and her Lean In project.  In my view, based squarely on my experience as a coach and former corporate professional, the reason women are held back in the workplace is a complex mixture of both workplace culture and certain female characteristics.  What The Confidence Code and Lean In offer to women is an opportunity to reflect on our own contribution, to identify where and when we are being our own worst enemy and to identify actions we can take to close the confidence gap. Returning from a break, it gives a push to apply for the job we want even if we’re not 100% qualified and to negotiate for a higher salary rather than feeling grateful and accepting the first offer!

Practical ways to build your confidence

Fortunately, discoveries in neuroscience and psychology show that it is possible to amend our thought patterns to build confidence and self-belief: with time and practice we can tune down self-critical and doubting thoughts and reinforce more supportive ones. See our previous posts on:

The common thread through all these posts is an emphasis on action.  In the book, Richard Perry, a psychology professor at Ohio State University describes confidence as ‘the stuff that turns thoughts into action’. By taking action we give ourselves the opportunity to discover what we are capable of which builds our confidence and this in turn encourages further action. A virtuous circle is created and confidence accumulates as the brain replaces old thinking with new.